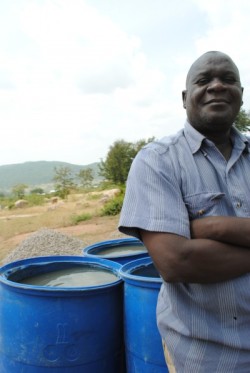 While I make new friends in Mississippi, Richard is back in Tanzania with our well established crew. We have been working with our contractor, translator and carpenter since 2010. Thank you Dan, Julius (featured image), and Sakai (safety vest)!

Because of our hardworking team, a mock-up of this large, technical truss was completed in one day. Read more about this project here.

American Public Media’s Marketplace segment yesterday, High Rents, Low Income, included a succinct segment describing the gap between what is an acceptable hourly wage in the US compared to monthly rent rates. The two don’t match up, and something has to give. The options individuals and families are left with include skimping on essentials like health insurance and healthy food, or as a last resort, homelessness. At the community level, businesses and lawmakers should take note of who is leaving and when, taking with them their contribution to the local economy as well as the social fabric.

Some may argue that such problems are a result of laziness, but as the map above shows, 8 days a week still wouldn’t be enough to cover the rent at minimum wage in any state.

After many months, Google Maps has approved the locations of the Kingigoro Primariy School and the Roche Health Center. If you are ever in East Africa, all you have to do it type the names of these buildings to get driving directions! Alternatively, you can search for these locations today and see the progress Village Life is making. The completed walls and foundation of the new school building are shown below. Richard Elliott will lead EWB-UC students on a trip to construct the roof in April.

The Carl Small Town Center, based out of Mississippi State University’s College of Architecture, Art + Design, is one of my hosts throughout this fellowship. Their advice and expertise is already providing invaluable support, and I am excited to give back to the school this May as an instructor. Public design will be the focus of this hands-on course that will result in a pocket park in the Baptist Town neighborhood.

As I prepared a presentation to introduce myself and the course to Mississippi State students on Friday, I was reminded of how I initially became interested in public architecture. Though I didn’t realize it at the time, the projects I experienced first-hand while studying abroad in South America still inform the way I think about the role of architecture in the public realm. Thank you to my long ago professor Claudio Vekstein. 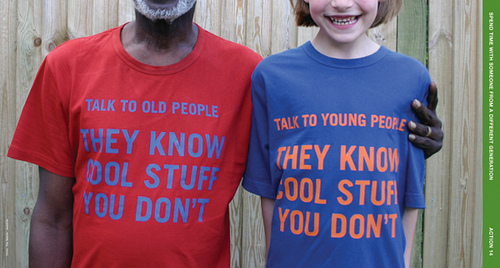 from We Are What We Do